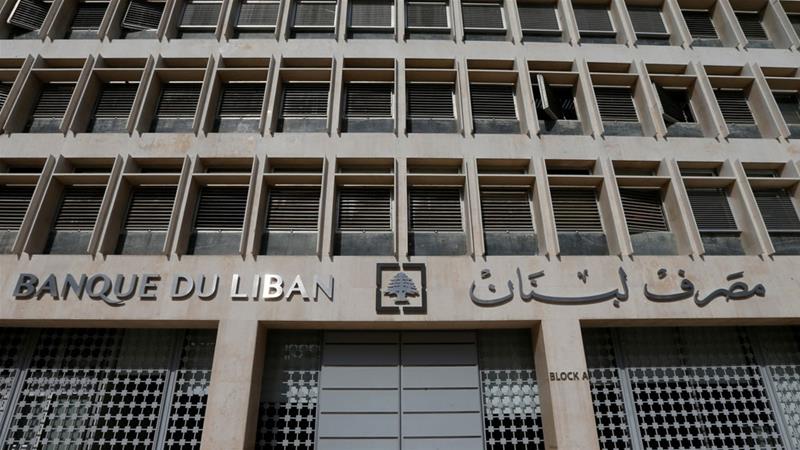 In a statement posted to its website on May 6, 2019, the exchange said it suspended operations “due to the open strike declared by the employees of Banque Du Liban”.

Because of the strike, the exchange cannot guarantee transactions will be cleared and settled “on time”. It added that the action had been taken to “protect the interest of investors until further notice”.

Banque Du Liban’s employees went on strike after reports surfaced that not only could their salaries be cut but their service benefits would also be curtailed to save state funds.

Jad Chabban, an associate professor of economics at the American University of Beirut told Al Jazeera that the stock exchange’s volume of trading was too limited for the decision to have a financial impact in its own right.

“The stock exchange has all of about 10 listed companies,” Naseeb Ghobril, head of the economic research and analysis department at Byblos Bank, said. “The last time a company was listed in the stock exchange was back in 1998.”

Still, the suspension is the latest signal of growing discontent for a country whose economy is already fragile. It is also indicative of a major clash between the country’s two political blocs, said Chabban.

One view recommends a reduction in public spending through a standard austerity programme involving cuts in public sector budgets. The other side contends that Lebanon’s distinctive, financial services-led economy requires a different approach.

It argues for a levy on the private banking sector, which has continued to record high profits despite the economic squeeze in part due to central bank policies to support the Lebanese pound’s pegged exchange rate with the dollar.

Chabban would go even further, requiring the private banks to lend to the government to cover its debt repayments at low interest rates.

“Commercial banks have witnessed an average seven percent increase in their net profits every year since 2011 despite the country’s GDP stalling over the same period, and many other sectors suffering,” he said.

“It is, therefore, more than fair to request that they contribute more than others to help balance the public budget.”

“If the authorities submit a budget with these targets and implement them, they will reduce the fiscal deficit significantly, which will cause a positive shock in the market that will result in a decline in interest rates overall, including on debt servicing.”

Gebran Bassil, foreign minister and head of Lebanon’s largest party, the Free Patriotic Movement, has reportedly backed cuts to the wages of public sector employees and an end to service indemnities.

Since December, Lebanon has seen frequent protests with people demanding jobs, better healthcare, and other services.

An economic collapse would be devastating for Lebanon’s fragile political system in which power is largely divided between Christians, Sunnis and the Shia Muslims. Because of that sectarian divide, its stability is closely watched by countries in the region who fear a knock-on effect.

The suspension of trading is a response to the austerity package being discussed by Lebanon’s government, and of the central role the bank holds in maintaining confidence in Lebanon’s struggling economy.

Prime Minister Saad Hariri wants to access the $11bn loan package pledged to Lebanon at the 2018 CEDRE development and reform conference. In order to get that money, Lebanon must satisfy economic and fiscal conditions set by international donors.

Mr Hariri says his government is determined to “carry out the necessary reforms despite the difficulties that exist”.

Public expenditures rose from $6.7bn in 2005 to $16.55bn in the first 11 months of 2018, according to Ghobril. He said the focus should be on cutting at least two billion dollars in the 2019 budget and to increase revenues by one billion without increasing taxes or fees.

Lebanon’s cabinet is debating austerity measures to cut public spending and has already met four times to discuss its 2019 budget.

The proposed cuts include a 50 percent reduction in the salaries and allowances of MPs, ministers and the president, a temporary suspension on hiring in the public sector, cutting down on paid leave days and a cut in the pensions of retired military personnel.

Finance Minister Ali Hasan Khalil has tried to assuage the concerns of the protesters and called the reports on public spending misleading.

“The draft budget does not contain what is said about salary reductions and I hope that citizens will judge this matter for themselves when the budget is passed,” he told the local press.

Nonetheless, the protests have carried on and are now affecting Lebanon’s Stock Exchange.

Carta, the startup building a stock exchange for startups, says its own valuation increased nearly $1 billion in five months